So who is TBBT about? Leonard or Sheldon

So, I have a question. Is TBBT about Leonard or Sheldon? This isn't a question of who you like better or who has more screen time, it is a question about the premise of the show. Is the show about 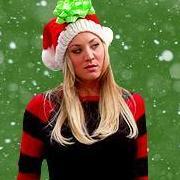 The show is about Sheldon, Leonard, Howard, Raj, Penny, Amy and Bernadette and their every day life and their issues.