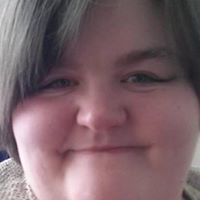 I kinda know the reason why she was bought in to the show but she really gets on my nerves. I hate her squeaky voice and the way that she has changed Howard from his true character. I also don't like

The way these writers seem to fix things is by making them less unique. Not only is the format & premise of the show becoming more watered down & typical, so are the characters. Maybe the show