I honestly think people sometimes expect way too much development and change in this show. By Lorre's own admission, this show's character development is like watching paint dry. And if you do, then y 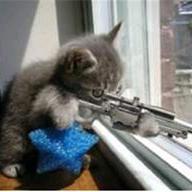 Most of the jokes they could have made with the mixer would have totally ruined the point of the story-line. Raj can't connect with women romantically because he can't get past himself, he needed to t

Loved part 2 better than part 1. I don't know what it is, although I'm sure the presence of actual Shamy scenes (and not just Shamy scenes but vintage!Shamy scenes) helped. I just felt like this episo