Character Try To Find Inconsistencies Or Errors In What Sheldon Says.. 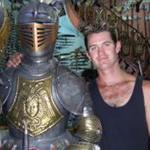