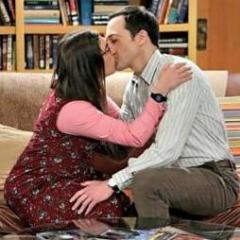 Am I the only one that loves the sex jokes? Plus, this was the first time Sheldon actually acknowledged her sex references. Then I thought, if she wanted to borrow a book called 'lies to get me sex" a

I liked the storylines in this one.  Amy was great with Raj, I like Amy acting normaly with other people in the gang, every so often.  The part with Penny and Leonard started out a little tense, but t

Photos from The Friendship Turbulence http://www.seat42f.com/big-bang-theory-episode-7-17-photos-friendship-turbulence.html