Hilarious episode, I laughed a lot. And the boys singing "It's a Hard-Knock Life" was the perfect topper. Bernie might be frustrated with the 3 teenage boys she's raising, but if she was really furiou 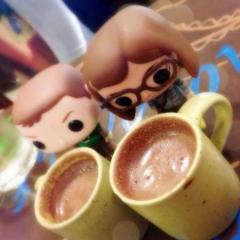 Dear lord I love Mary Cooper so much. She is the awesome, non politically correct bad ass we all secretly wish we could be. Really funny episode all around and the hard knocks tag had me laughing wi