I found the actual hot tub part HYSTERICAL.  I think all 4 of those involved killed it (and they were the comedy relief in the episode).  Sexy Howard towards Bernadette--classic and so loveable.

'The Hot Tub Contamination' - Season 10, Episode 5  Airs Monday, October 17 at 8/7c on CBS. Leonard and Penny must separate a quarreling Sheldon and Amy when their cohabitation does not go as pla 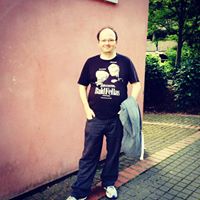 I thought it was a good episode, sets up a few things. Most obvious being Raj in terms of finding out why he didn't want to tell them he's single. Something interesting seems to have gone on there wit