This isn't my favourite season either but I will say what I love in S11 is how much they dialled up the science and geeky/nerdy content compared to some past seasons. I love the return of Footprints o

I'm a little sad that you leave a significant component of Sheldon's scientific progress unmentioned. 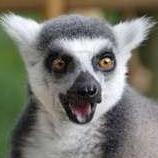 Parsons' contract was equally lucrative. NONE of these couples could carry a show on their own.  It's an ensemble.