I'm ready.   Food, and water were part of our readiness kit we put together in May.  Gas for the generator and car, cash in case there is no electric for purchases.  Carlos is in Miami, Kathy is near 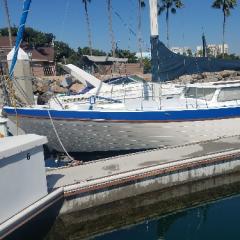 I hope all ours friends in Florida have battened down the hatches and are ready. I know your all in our thoughts Sent from my SM-G930P using Tapatalk

I don't know about others, but thank god, we only got some wind and rain and not too much of that. So, we were very fortunate indeed. My thoughts and prayers to the folks in Panama City, Mexico Beach